Samplers perform the actual work of JMeter. Each sampler (except Test Action) generates one or more sample results. The sample results have various attributes (success/fail, elapsed time, data size etc) and can be viewed in the various listeners.
This sampler lets you send an HTTP/HTTPS request to a web server. It also lets you control whether or not JMeter parses HTML files for images and other embedded resources and sends HTTP requests to retrieve them. 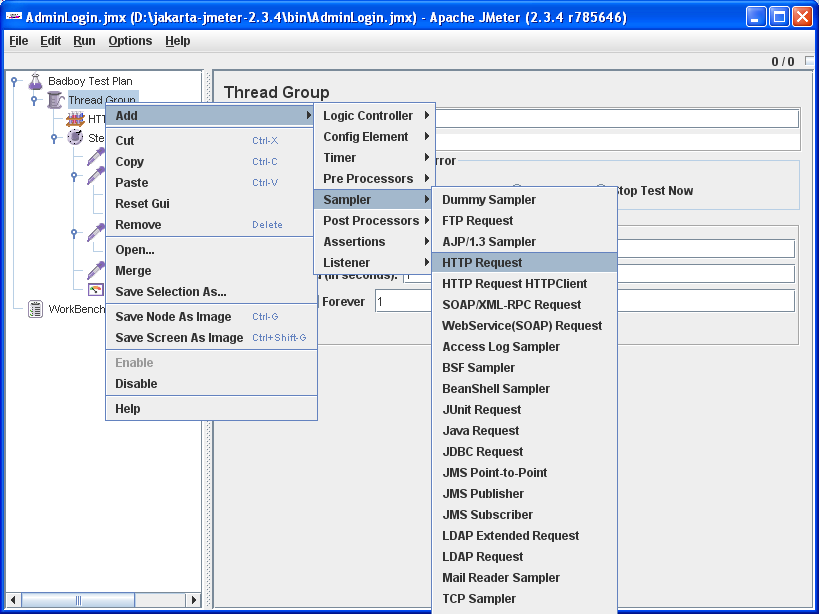 Logic Controllers determine the order in which Samplers are processed 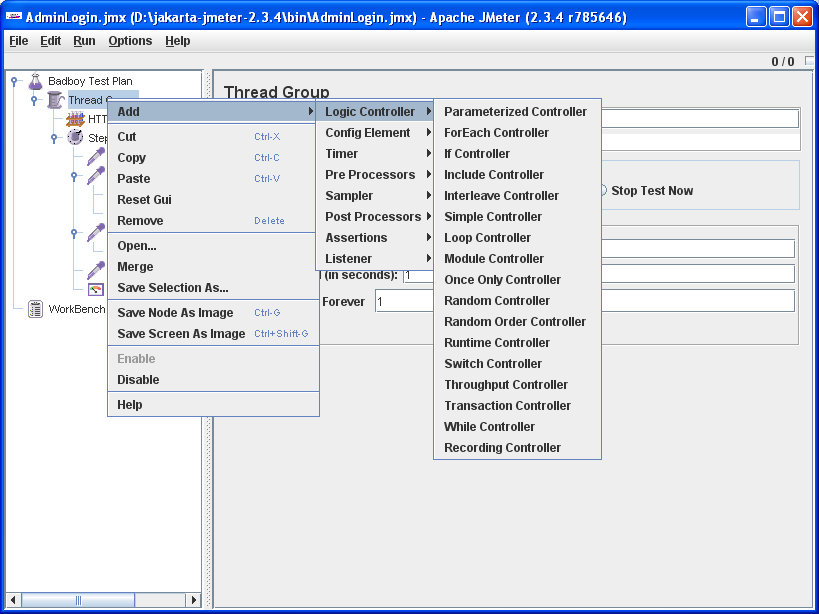 For each Controller:
During every loop, the variable gets a new value

Include Controller:
To use an external jmx file (It should contain the simple controller and any sampler, No thread should be there in the test plan)

Transaction Controller:
Generates additional sample which measures overall time taken to perform the nested test elements which includes Controller Scope and all timers
Simple Controller:
There is no effect of using this controller; it is used to just organize your samplers

Recording Controller:
All the samplers which are recorded through proxy will come under recording sampler.

Switch Controller:
The Switch Controller acts like the Interleave Controller in that it runs one of the subordinate elements on each iteration, but rather than run them in sequence, the controller runs the element defined by the switch value. If the switch value is out of range, it will run the 0th element, which therefore acts as the default for the numeric case. It also runs the 0th element if the value is the empty string. If the value is non-numeric (and non-empty), then the Switch Controller looks for the element with the same name (case is significant). If none of the names match, then the element named “default” (case not significant) is selected. If there is no default, then no element is selected, and the controller will not run anything.

3 replies on “Introduction to Jmeter”

[…] Loadtesting Apache Active MQ , JMS-Point-to-Point sampler in Jmeter will help us. Think that you do not have JNDI settings and no apache activemq for JMS messaging, […]

[…] Loadtesting Apache Active MQ , JMS-Point-to-Point sampler in Jmeter will help us. Think that you do not have JNDI settings and no apache activemq for JMS messaging, […]