Apple has released an update for ios7 , just after a week of release of ios7. The latest 7.0.2 patches the bug that would let users bypass the passcode security on the lock screen. This issue was discovered just hours after the ios 7 official release, which gives access to application and userdata.

The updates is available via iTunes and wireless.

JSON (JavaScript Object Notation) is a lightweight data-interchange format. It is easy for humans to read and write.

JSON is built on two structures: 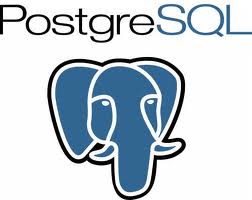 As per Zaheed Sabur  updates Google has added a richer hashtag experience to Google Search and this  update is rolling out “within the next few hours” to English language users on google.com and google.ca. As of now this only works for Google+ contents,  And here’s  how it works.

As per the latest announcement from Mozilla, In future releases Firefox will be blocking plugins by default.  However, most plugins will be available through a “click to allow” feature, at least for the time being. Flash will still be enabled by default.

Read more here,  below is the small snippet from blog.mozilla

To give people a better Firefox experience, we’re changing the way plugins work. Earlier this year we talked about our plan for putting users in control of their plugins. We are now seeing these plans take shape in the latest version of Firefox Aurora. To give people more control over their browser, Firefox will no longer activate most plugins by default. When a site tries to use a plugin, the user will be able to choose whether to enable the plugin on that site.

iFixit has torn down the new Haswell-based iMacs and the company has found in addition to new processors, graphics and Wifi, the updated model have unoccupied PCI Express slots in their base configurations. As per iFixit the 21.5 -inch iMach’s processor is now soldered to the motherboard; while earlier models weren’t all that up-gradable.

Here’s the update from Andrew Bocking, head of BBM

This is Andrew Bocking, head of BBM at BlackBerry. As a follow up to our first blog post on Saturday, I want to take a moment to provide you with an update on the rollout of BBM on Android and iPhone.

Last week, an unreleased, older version of the BBM for Android app was posted on numerous file sharing sites. We were aware of an issue with this unreleased version of the BBM for Android app. This older version resulted in volumes of data traffic orders of magnitude higher than normal for each active user and impacted the system in abnormal ways. The version we were planning to release on Saturday addressed these issues, however we could not block users of the unreleased version if we went ahead with the launch.

We attempted to address the problems caused by the unreleased version throughout the day on Saturday, but as active users of the unreleased app neared a million – and accelerated – it became clear that the only way to address the issue was to pause the rollout for both Android and iPhone.

The team is now focused on adjusting the system to completely block this unreleased version of the Android app when we go live with the official BBM for Android app. We are also making sure that the system is reinforced to handle this kind of scenario in the future. While this may sound like a simple task – it’s not. This will take some time and I do not anticipate launching this week.

Thank you for your patience while we take the time needed to deliver the experience you expect from BBM. We will continue to provide you with updates here on InsideBlackBerry.com and through @BBM on Twitter. We will notify everyone who has pre-registered on BBM.com when BBM is available on Android and iPhone.

The iMac still comes with a 21.5-inch or 27-inch screen. The entry-level 21.5-inch model has a 2.7GHz quad-core Intel Core i5 processor with Iris Pro graphics. The 27-inch model also comes with a quad-core Core i5 and Nvidia GeForce 700 series card. Apple claims that the new models have “twice the video memory and 40 percent faster performance” than last year’s iMacs. Intel Core i7 processors up to 3.5GHz and fancy GeForce GTX 780M graphics cards with 4GB of video memory are also available. RAM starts at 8GB but can be upgraded to 32GB.

Alibaba group has announced plans to acquire Kanbox to expand it’s product range to consumer cloud services.  Alibaba is one of the major Chinese e-commerce giant. Alibaba is also directly competing with rivals Tencent and Baidu in terms of storage space, as it is offering up to 10TB worth of free cloud storage.

Users get up to 10TB worth of free cloud storage on Kanbox once they link their Laiwang account to their Kanbox account. Laiwang is Alibaba’s chat app, which the company has been pushing hard to promote in the crowded field of social networking and messaging services.

The Fedora 20 “Heisenbug” alpha release has arrived with a preview of the latest fantastic, free and opensource technology.

The Fedora 20 release continues the Fedora tradition of adopting and integrating leading edge technologies used in cloud computing. This release includes a number of features that will make working with virtualization and cloud computing much easier.