First, check the current timezone in your system by using the date command.

Here the timezone is set to PST.

We can use the timedatectl command to change the current timezone. First, let’s list all timezones.

Now use the following command to change the timezone to

To change timezone in Centos/RHEL 5/6 versions we just need to link /etc/localtime file to the correct timezone configuration file.

There was an issue, with IBM installation manager not able to install or start in RHEL 6.* series. This issue is fixed by IBM and is available in Fix central for download. The fix name is agent.installer.linux.gtk.x86_64_1.6.0.20120831_1216.

If you are using the old IBM installation manager, during install you may face errors like this.

Configure yum on your server, install the required 32bit binaries.

To configure yum on your server refer here https://www.technix.in/local-yum-setup-for-rhel/

after the yum configuration install the dependent 32bit binaries as shown below.

In Linux/Unix there is an environment variable called “http_proxy” which can be configured for text based internet sessions.  This variable is used by wget, curl, lynx etc.

How to set http_proxy variable

How to set the http_proxy variable globally

Recently I had updated my System which was dual booted (Debian and Windows 7) from Windows 7 to Windows 8, During the installation process I had messed up with Grub boot loader. Once after the upgrade my Grub has vanished and I was able to boot up only Windows 8.

A bit disappointed thinking about windows Not giving an option to Select a boot loader of my choice, I started looking back on my System admin skills and finally here’s how I recovered my Boot loader.

3. Get the partition tables for the hard disk devices using fdisk command, and find out the linux root file system, in mycase it was /dev/sda6

8. Now do grub-install to reinstall grub

9. Grub-install finished without error  and I was able to dual boot from Grub after a Reboot.

Ubuntu 13.10 introduces the first release of Ubuntu for phones and Ubuntu Core for the new 64-bit ARM systems (the “arm64” architecture, also known as AArch64 or ARMv8), and improved AppArmor confinement. In addition to these flagship features there are also major updates throughout.

Ubuntu Server 13.10 includes the Havana release of OpenStack, alongside deployment and management tools that save devops teams time when deploying distributed applications – whether on private clouds, public clouds, x86 or ARM servers, or on developer laptops. Several key server technologies, from MAAS to Ceph, have been updated to new upstream versions with a variety of new features.

Maintenance updates will be provided for Ubuntu 13.10 for 9 months, through July 2014

Users of Ubuntu 13.04 will be offered an automatic upgrade to 13.10 via Update Manager. For further information about upgrading, see: 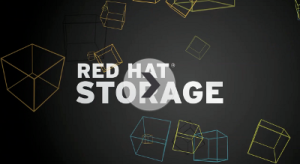 Red Hat Storage Test Drives on AWS will offer the opportunity for enterprise customers to substantially increase time-to-value and help them deploy cloud storage more easily. Customers who are also interested in building hybrid clouds that span on-premise and off-premise resources to deliver the best of both worlds: public cloud economics and agility, optimized for private enterprise needs such as audit, risk management, and strong policy management. Hybrid clouds that are truly open can deliver strategic advantages to the business by redirecting resources from lights-on to innovation.

Red Hat Storage Test Drives labs on AWS have been developed by Red Hat for educational and demonstration purposes. Each test drive lab will include up to 5 hours of AWS server time. Within minutes enterprise customers will be able to create and experience a secure multi-terabyte storage solution that can be accessed using different POSIX compatible protocols like NFS, SMB, and GlusterFS clients. Pre-configured use cases in the Test Drives include:

For access to the Red Hat Storage Test Drive on AWS once it becomes available, register here. For more information about Red Hat Storage visit http://www.redhat.com/storage.

Most Linux users come across a question “is there an office Communicator for Linux?”

And the answer is “Yes, We have PIDGIN”

For Linux users Pidgin (IM Client) provides access to the Lync functionality and therefore serves the purpose, even though we don’t have features like audio/video calls and sharing.

For making Pidgin to work with the latest Ubuntu Release of 13.04, follow the below steps

3. Select “Office Communicator” from the protocol list. Fill out the fields as necessary:

4. Once authenticated with the server, we should be able to see out Contacts.

Wine 1.6 was officially released, wine 1.6 release comes just one year after the previous release of wine 1.4. The current release of 1.6 release has about 10,000 individual changes.

Among the wine 1.6  highlights are OpenGL DIB support, RandR 1.2/1.3 support, the Mac driver for not having to rely upon X11, Direct3D off-screen rendering, early 64-bit ARM support, dynamic device support, a Direct3D shader compiler, multi-channel ALSA audio handling, and thousands of other changes.

The source is available from the following locations:

Binary packages for various distributions will be available from:

You can also get the current source directly from the git
repository. Check http://www.winehq.org/git for details.

Features below, taken from http://www.winehq.org/announce/1.6