The first to go down, according to Google’s Apps Status Dashboard, was the Admin control panel, which also provides API access to the company’s web services. 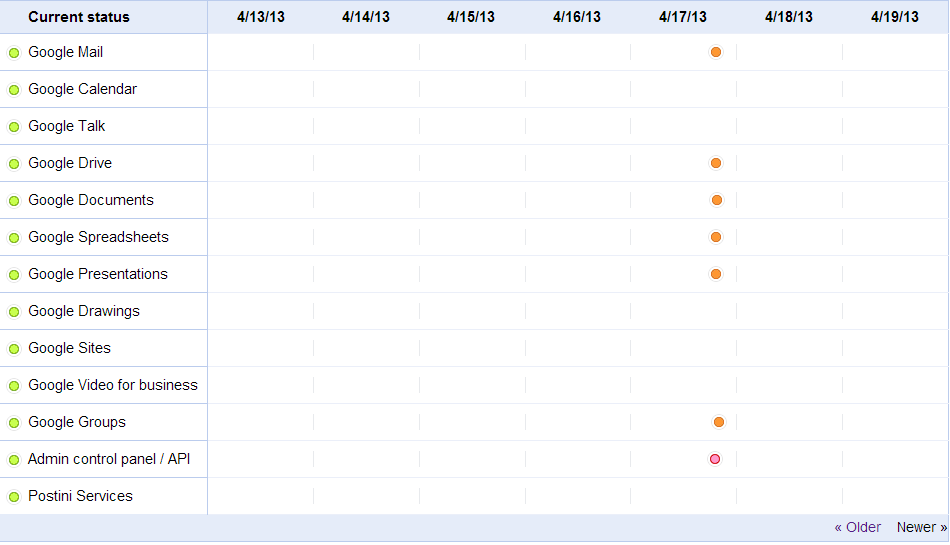 Google’s press team told Network World that the company is currently looking into the root causes of the service disruptions, and will post additional information when the investigations have been completed.

This isn’t the first large-scale outage for Google’s services in recent weeks – Google Drive suffered three separate disruptions during the week of March 18-22, including three hours on Monday, two more on Tuesday and a hefty 12 hours on Thursday.

Gmail, as well, has had high-profile misfires of late, though they have been comparatively less common. That service went down for about an hour on Dec. 10, 2012, provoking widespread grumbles among the user base.